History of the ECFS

In 1969, following an informal meeting held at Interlaken chaired by Prof Ettore Rossi, a European Working Group for Cystic Fibrosis (EWGCF) was formally founded later that year at a satellite meeting held during the 5th International Cystic Fibrosis Conference in Cambridge. Prof Ettore Rossi was the EWGCF’s first chairman. The purpose of the EWGCF was to provide an annual forum where people from the various disciplines but with a common interest in CF could meet, present and discuss their latest findings. The first annual meeting of the EWGCF was in the following year (1970) in Stockholm on August 24-25.  The local organisers were Prof Bertil Lindquist  and Hans Kollberg. In 1997, the board proposed an official transformation of the EWGCF to a Society. This change together with a new constitution was approved at the Annual General Meeting held during the 21st European CF conference in Davos, June 1997. The first President of the ECFS was Prof. Niels Høiby. (Note: the Society was first called the European Society for Cystic Fibrosis (ESCF) but as the initials were the same as another group, the name was changed at the next annual conference in Berlin). 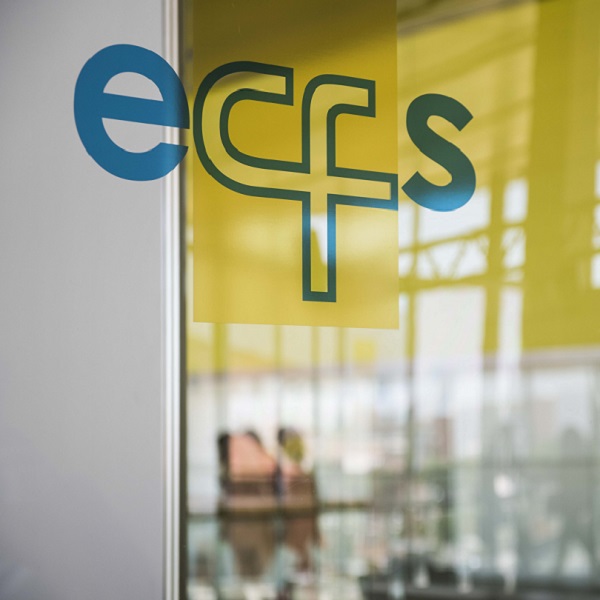 Between 1970 and 2000, an annual conference was held in different European countries, but suspended every fourth year when there was an International CF Conference. Since that time the conference has been run every year and currently attracts over 2000 international delegates. The conference runs over 3 days and with a programme that comprises up to 6 parallel sessions, plenary presentations, and Industry-led satellite meetings. In addition to the scientific programme, the conference venue also hosts the meetings of special interest and paramedical groups, and organisations that choose to hold their annual meetings in association with the European conference.
From 2002 to 2007 the Ettore Rossi Medal Award was presented at the annual conference to honour a person who has made an outstanding contribution to our basic understanding of cystic fibrosis or to the treatment or care of patients with cystic fibrosis. In 2008 the ECFS Award was introduced to perpetuate the tradition of the Rossi Award. Also since 2008, Young Investigator Awards and Travel Grants have been presented to promote the participation and attendance of young researchers. These awards are based on the merit of work submitted to the conference and on the recommendations from the Scientific Committee.

In 2004, the ECFS took over the responsibilities for another annual conference which is entirely dedicated to basic science. These conferences are characterised by active discussion of data and ideas at the forefront of research on CF and CFTR, in an informal, co-operative environment. The ECFS would like to acknowledge the enormous contribution of Prof. Margarida Amaral in establishing these conferences on the international stage.

The Journal of Cystic Fibrosis (JCF) was first published in 2002 with Dr. Harry Heijerman being the first Editor-in-Chief. The JCF is the official journal of the European Cystic Fibrosis Society and is devoted to promoting the research and treatment of cystic fibrosis. To this end the journal publishes original scientific articles, editorials, case reports, short communications and other information relevant to cystic fibrosis. In 2009, the ECFS was proud to announce the first impact factor allocated to the JCF of 1.550.  By 2013, the ECFS was able to report a 2012 impact factor of 2.873.

Recognising a need to develop standardised European documentation for CF, the Society has been organising regular consensus meetings over a number of years. The reports culminating from these meetings are submitted for publication in the Journal of Cystic Fibrosis and published on the ECFS website. Prof Gerd Döring, the 2nd ECFS President, was very instrumental in initiating this tradition.

EuroCareCF, an EU funded project led by Dr. David Sheppard from Bristol University, paved the way for two important projects for the ECFS – a European Clinical Trials Network and the further development of the European CF Patient Registry. Under the initial leadership of Prof. Kris De Boeck, the Clinical Trials Network was established in 2008 and currently provides access to 30 large and experienced CF centres, located in 11 different countries throughout Europe, with an ever increasing number of studies being undertaken. The ECFS Patient Registry has been collecting data from both national and single centre European registries over a number of years and records anonymised data for over 25,000 patients. The annual reports of collected data are subsequently published on the ECFS website.

As one of the principle aims of the ECFS is to foster the best possible care for people with cystic fibrosis, a new Standards of Care project was established in 2011 under the direction of Dr. Carlo Castellani. The three main areas being addressed are Best Practice, Centre Framework and Quality Management. In addition, a minimum of four ECFS Working Groups, with specific aims and objectives, are in progress in any one year. For all these activities, the ECFS is extremely grateful for the truly excellent collaboration and cooperation with our international colleagues.